These proposals would introduce two new cycle routes to the south towards Winnersh and to the west towards Woodley. The western route would follow surfaced off-road paths. These paths would include the construction of three new walking and cycling bridges. The southern route would follow Hurst Road and Lodge Road, where we would investigate the feasibility of providing segregated cycle tracks by claiming space from the grass verges.

At smaller junctions the kerbs would be built out to reduce crossing distances and slow turning vehicles. Footways would be widened where possible along the routes and signalised crossings installed where appropriate. 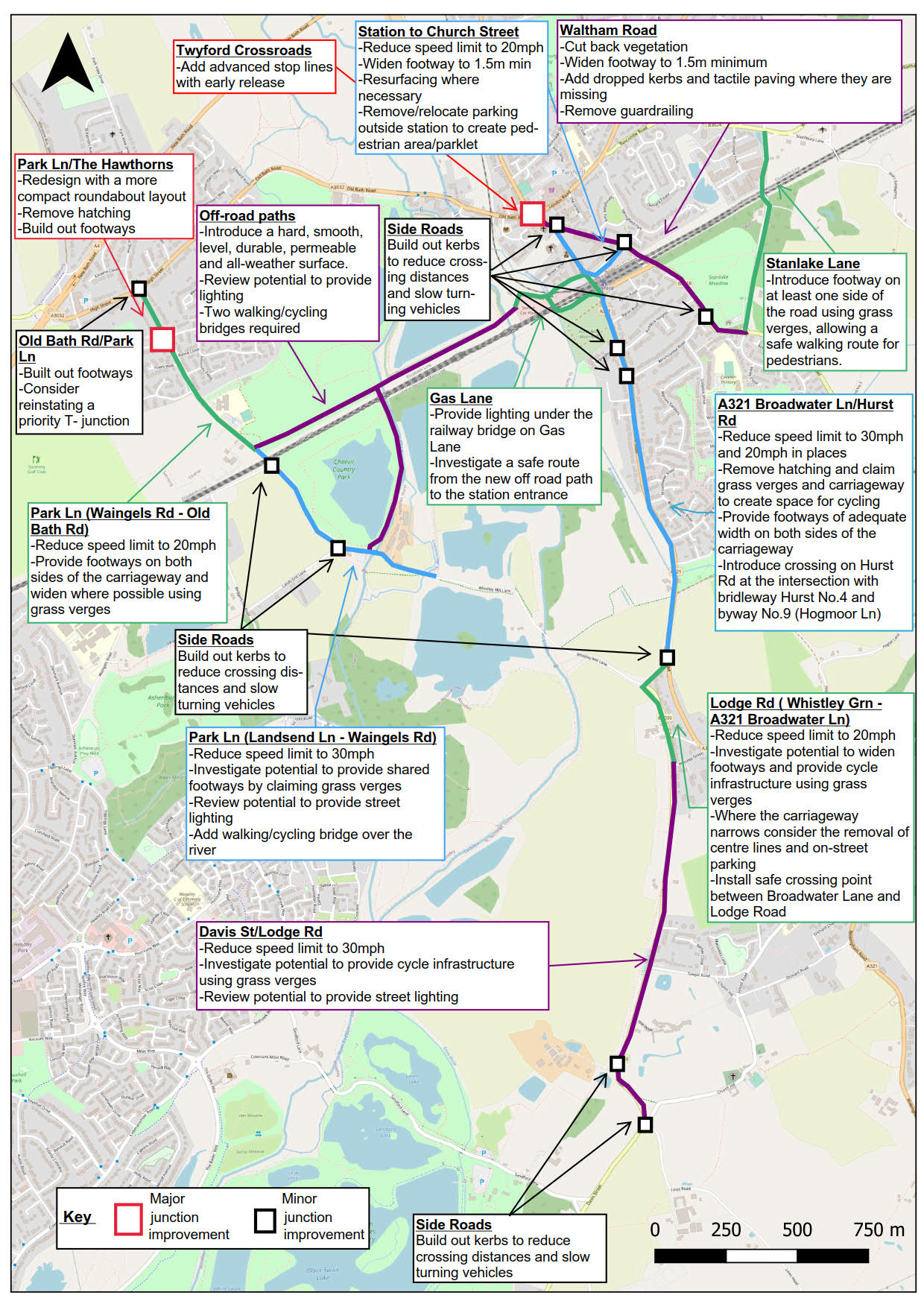 Check out the following documents

What is your email address?

Make sure your voice is heardAdd your email address

9% of comments on Commonplace are never published.
We verify that all responses are genuine before publishing.
We’ll send you an email to confirm your response.
Your email address will never be shared publicly.